Around about the 12th Century the Shona people arrived in the area south of what is now called Zambia and Zimbabwe and established the Mwene Mutapa Kingdom which now includes southern Zambia.

In the 16th Century the area of what is now called Zambia saw the arrival of peoples from Luba and Lunda empires of Zaire (now Democratic Republic of Congo) which set up small kingdoms in the Northern part of Zambia.

The 18th and 19th Centuries witnessed the arrival of Portuguese and Arab explorers followed by the abhorrent slave-trade.

In 1851 a British missionary by the name of David Livingstone visited what is now called Zambia. A critic of slave trade, Livingstone’s efforts attracted other missionaries, who were unfortunately later followed by a stream of European mineral prospectors, merchants and hunters.

By 1889 Britain had established control over the area, administering it using the British South African Company (BSAC), which managed the region on behalf of the Crown by signing treaties with several indigenous leaders. The area now called Zambia became Northern Rhodesia in 1911. By the late 1920s copper had been discovered, later leading to an influx of European businessmen and merchants eager to cash-in on the mineral deposits of the area.

In 1960 the United National Independence Party (UNIP) formed by Kenneth Kaunda and his contemporaries began to agitate for independence and dissolution of federation characterised by white minority rule and abhorrent segregation.

After a bitter struggle characterised by civil but peaceful protest, and with great loss to human life and suffering, the Federation of Rhodesia and Nyasaland was dissolved in 1963.

After the collapse of the Federation, two political parties in Northern Rhodesia (now Zambia), emerged. The two political parties were the African National Congress (ANC) and the United National Independence Party (UNIP). The two political parties agreed in the spirit of national unity and progress to rally behind the United National Independence Party (UNIP) to lead Zambia to Independence. On 24th October 1964 Northern Rhodesia including Barotseland, the Kingdom of the Lozi people of Western part of the territory, became one independent sovereign State and changed its name to Zambia, taking its name from the Zambezi River. The first Republican President was Kenneth Kaunda. He ruled the country for 27 years, until 1991 when he lost elections to the Movement for Multi-Party Democracy (MMD) led by Frederic Titus Chiluba.

Zambia is a unique, vibrant, progressive and modern multi-party democratic state, and has habitually witnessed peaceful transition of power from one political party to the next. Having had six (6) Presidents from three (3) different political parties, Zambia prides itself as one of the most peaceful countries in the world. Currently, there are six major political parties, namely: Patriotic Front (PF) – Ruling party; United Party for National Development (UPND), Movement for Multi-party Democracy (MMD), National Democratic Front (NDF), Forum for Democracy and Development (FDD) and National Independence Party (UNIP). 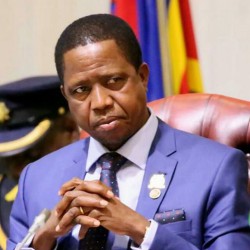 The current President is His Excellency, Mr. Edgar Chagwa LUNGU. He assumed office after winning By Elections in 2015 after the untimely demise of his Excellency Mr. Micheal Chilufya Sata (MHSRIP).

The Founding Father of the Nation is Dr. Kenneth David Kaunda 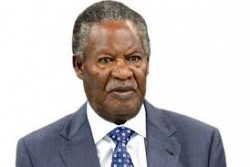